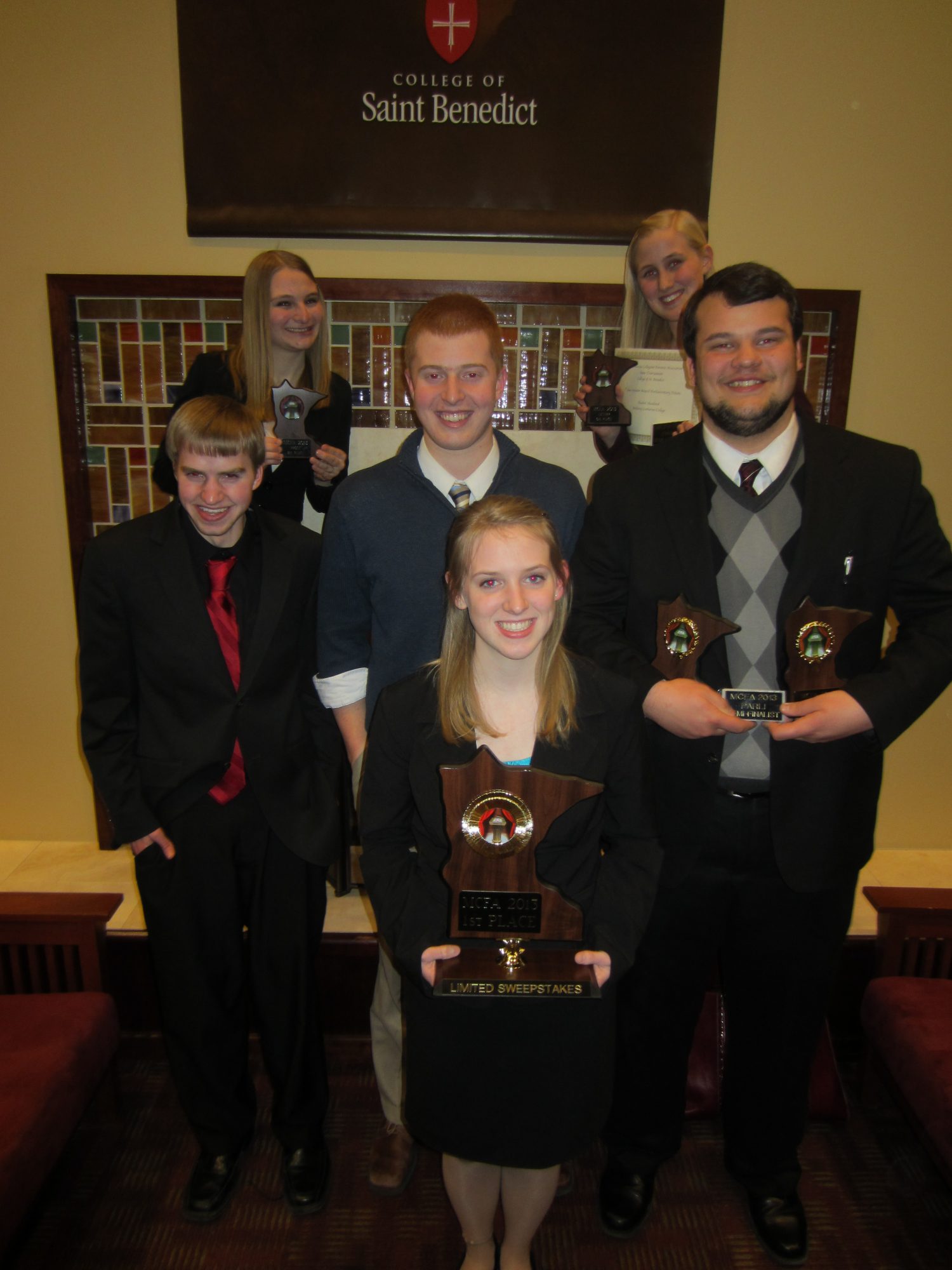 The Bethany Lutheran College continued to build upon a successful speech season earning a State Championship in the Limited Entry division during the Minnesota Collegiate Forensics Association State Tournament held February 16-17, 2013, at the College of St. Benedict. Sixteen colleges and universities competed and were divided into two divisions, open and limited entry based on the number of events they participated in. While Bethany earned a first place finish in limited entry, the team also placed fifth overall.