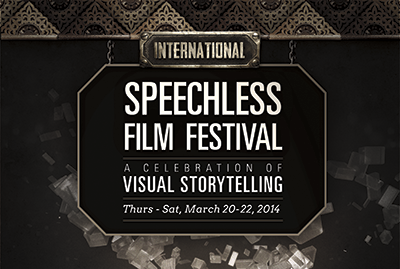 The winner of the professional narrative category is Still, submitted by director William Lüof the Netherlands. This 17-minute film is a dance narrative that uses movement as dialog. It tells a story of a relationship stuck in a cycle of what seems to be another mundane day. Disjointed dialogs, empty embraces, and opposing desires impede one man’s waking hours as he struggles to come to terms with his reality. Magnus calls the film “sophisticated and professional in its film work,” and Cobb describes the film as “nicely filmed and interesting physical theater.”

The winner of the student narrative category is Draw, Don’t Speak, directed by Griffin Huber of Portland, Oregon. Draw, Don’t Speak is a 10-minute film about an introverted high school boy who begins to develop a crush when one of his drawings accidentally finds its way into the hands of an adored classmate. Of the film, Casella writes: “I loved this little film. I had a smile on my face throughout the entire film—which I watched more than once!”

The winner of the professional animation/experimental/other category is Displacements, a nine-minute film by Manual Alvarez Diestro from the United Kingdom. Diestro explains that this film centers on Hong Kong, one of the most densely populated cities in the world. Developable space is scarce and new towns are built adjacent to the cemeteries. The world of the living coexists with the world of the dead. The scenario has the Hong Kong inhabitants moving from place to place, waiting for a final displacement. Cobb called this film “captivating and beautiful.”

The winner of the student animation/experimental/other category is a five-minute film titled I M Possible by Savannah College of Art and Design student Prasad Narse. I M Possible was inspired by Narse’s father’s struggle during his final days and moments. The story follows a basketball star, Christopher, who has spent a year in a wheelchair after a disastrous accident. After this trying time, the once active Christopher is determined to play basketball again on his disabled legs. A grueling challenge awaits him on the court.

New to the festival this year is the Made in Minnesota category. The winner is a nine-minute submission called June by Ted and Tonya Wittman, from Waseca, Minnesota. The film’s synopsis: A young woman explores home in southern Minnesota. Paranoia becomes prevalent during her examination of the space.

Honorable mentions for the festival include the following:

The film festival showings will take place in the downtown Mankato Place Movie Theater Thursday through Saturday, March 20-22, 2014. All-access passes for Speechless Film Festival include admission to all film screenings and special events. Passes will be available for purchase at the door. For more information visit www.speechlessfilmfestival.com