Tova Brown, a 2010 Bethany graduate, was awarded a Graduate Research Fellowship from the National Science Foundation and completed her PhD in analysis in the mathematics department at the University of Arizona. After spending time living in France, she is now a member of the mathematics faculty at Wisconsin Lutheran College.

Brown majored in both mathematics and theatre at Bethany. If you’re thinking that’s a strange combination of skills, don’t think twice. At a liberal arts college like Bethany, students are encouraged to explore the curriculum, and that’s just what Brown did.

“Theatre was one of the things that brought me to Bethany, as I wanted a Christian environment in which to pursue continued work in theater. I think the main reason that I love theatre so much is its ability to powerfully tell a good story. The theatrical experience can be very powerful, with its live combination of visual and auditory elements, but its real punch comes with the telling of a good story,” said Brown. “The primary connection for me between math and theatre has been their mutual demand for creative problem solving. In theater, the implementation of a design might not be working out quite as well as planned, necessitating some creative ideas to solve the problem. In math, creative is not an oft-applied adjective, but creativity is in fact essential in abstract math.”

Dr. Aaron Luttman, former Bethany professor, advised the research that led to this award for Brown. She began working with Luttman while he was teaching at Bethany and continued the research with him after he accepted a position at Clarkson University. Julie Kjeer of the Bethany mathematics department advised Brown’s senior thesis.

Brown was a recipient of the prestigious Marvin G. Meyer Scholarship at Bethany and has been a member of the Bethany Scholastic Leadership Society since her freshman year. She participated in two summer research programs at other universities. The first was in 2008 at the University of Arizona in their VIGRE Arizona Summer Program on computational group theory. The second was in 2009 at Clarkson University with Dr. Luttman. Brown received two speaking awards at MathFest, a national math conference, which is sponsored by the Mathematical Association of America (MAA). In 2008, she received an MAA Outstanding Presentation Award. She also earned a Society for Industrial and Applied Mathematics (SIAM) Exemplary Student Award in 2009.

Brown eloquently spoke of her time at Bethany, “I have been so incredibly blessed to spend the past four years here at Bethany. Faculty and staff from across the College have encouraged and inspired me, and my classmates are friends that I will treasure forever. Bethany has provided me with some very unique and wonderful opportunities, all in a beautiful Christ-centered environment, and I can’t think of a better place to have prepared for the next stage of life.” 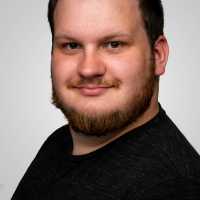 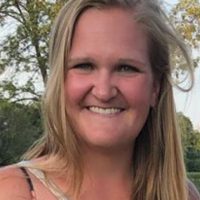 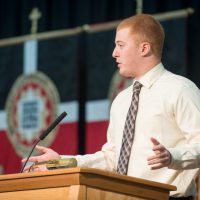 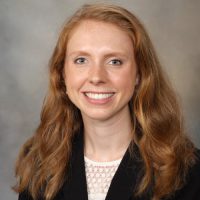 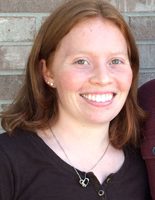 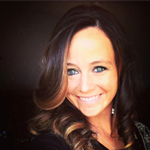