Bethany’s spring play Aboveboard is the premiere of a new comedy by Emily Kimball and Peter Bloedel, directed by Peter Bloedel.

Synopsis: Nick is a young professional living in New York. When he notices that food is missing from his apartment he suspects his best friend Milo, a magician who lives in an apartment down the hall. Nick sets up a camera in his apartment in an attempt to catch Milo, who denies any wrongdoing. Later, when he checks the camera footage, Nick discovers that Milo isn’t the only one trespassing. He learns that a squatter has also been secretly living in his apartment for nearly a month. When this video footage is posted to the Internet, surprising things begin to unfold.This world premiere romantic comedy wades the waters of magic and misunderstanding, deception and truth, love and, of course, viral videos. 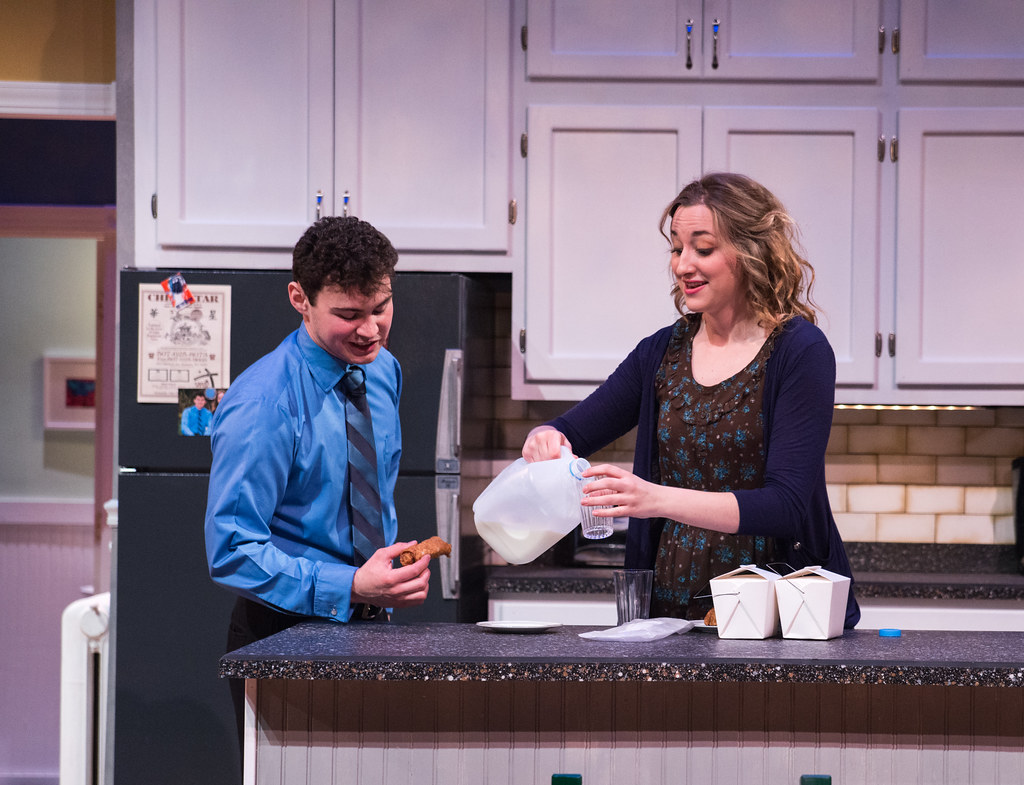