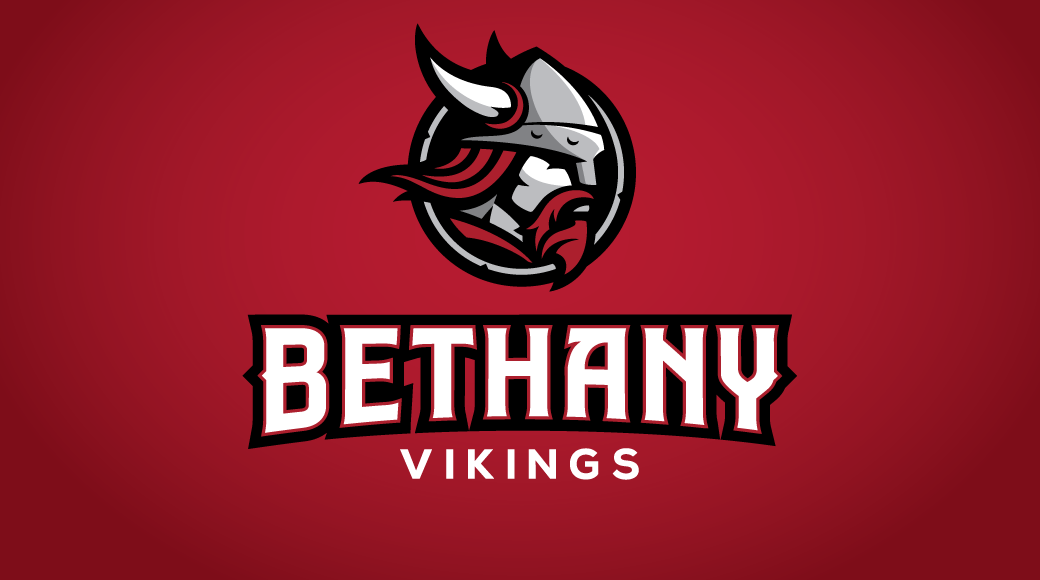 Bethany Lutheran College unveiled a new logo for its athletic teams today in the college’s Sports and Fitness Center. Along with the logo, the identity package creates a revised look for the words “Vikings” and “Bethany” utilizing a new typeface. The update will undoubtedly enhance, strengthen, and unify the Bethany Lutheran College athletic and institutional brand. The new design replaces a logo and graphic identity package that had been used since 2004.

The process for creating the new logo included input from coaches, administrators, and student athletes who are members of the Student Athletic Advisory Committee (SAAC). Overseeing the efforts were Don Westphal, Director of Athletics; Ryan Kragh, Assistant Director of Athletics; and David Norris, Manager of Visual Media.

“We are very excited to rollout this new look for Bethany Viking athletics,” said Westphal. “The process weighed in the thoughts and preferences of a wide variety of individuals who care about Viking athletics. It provides a historical perspective of decades of Viking teams, yet still adds in a contemporary touch. The end result gives us a look of a determined and fierce competitor while still being graphically appealing. We are confident that this new Viking logo and wordmark will quickly become the look identifying successful Viking teams for many years to come.”

Luke Hahn, a member of the Viking Track and Field team and President of SAAC, stated, “The athletes at BLC are excited about the new look for the Viking teams. The new design embraces the power and fierceness that is shown in everything we undertake in competition, and it empowers the student-athlete to take every challenge head on.”

Along with a new logo, all Bethany Viking athletic teams will begin sporting new Adidas uniforms as a result of a partnership with Chanhassen, Minn.-based BIG Athletics. This partnership will allow each of Bethany’s seventeen varsity teams to transition to first-class Adidas uniforms and training gear over the course of a five-year partnership. The men’s soccer and women’s volleyball teams will be the first varsity sports to feature the new Adidas uniforms beginning with the fall 2016 season. Other teams will transition to the new look during the course of the normal jersey replacement cycle, which will take place over a three-year period.

The new Viking likeness made its debut at center court of the North Gymnasium in Bethany’s Sports and Fitness Center. During the Viking logo unveiling, all current students, faculty, and staff received an Adidas t-shirt with the new Viking logo and wordmark. The new Viking identity will be offered on merchandise in the Bethany Lutheran College Bookstore beginning mid-summer.