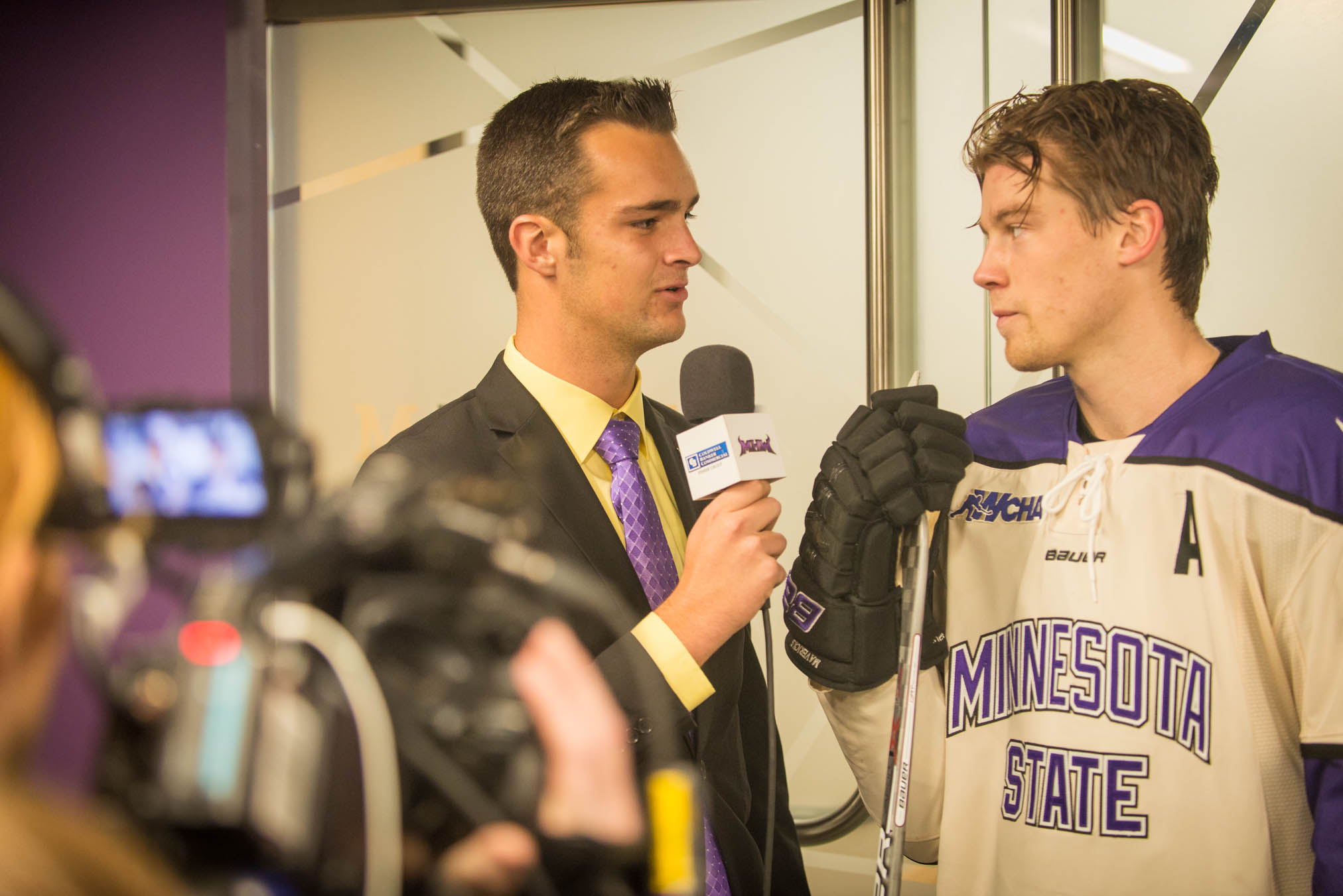 BLC Studios, now in its 17th season of broadcasting Minnesota State University, Mankato, hockey, is producing a women’s hockey game on Fox Sports North (FSN) Plus on Saturday, February 17. The entire production will be done by Bethany students. BLC alumnus Andrew Jelken will be reporting and interviewing players and coaches, and Bethany junior Lucas Dorton will be the color commentator (an MSU student will be calling the play-by-play). A total of twenty Bethany students are involved in the production.

This marks the second time in the program’s history that this student-run broadcast will be featured on a major network. February 23, 2006, featured Minnesota State vs. Wisconsin on ESPNU done by Bethany students. This time around the game will be branded with Fox Sports graphics as Bethany students have been working with Fox’s graphic department to ensure the show is branded with Fox’s transitions and score graphics.

In November 2017, as part of the planning process, FSN in the Twin Cities, invited leaders from the BLC broadcast to observe a Minnesota Wild production and sit with their producer and director. Since then, game director and Bethany senior Kenny Ramirez and freshman producer Tyler Rogers have been working to mimic Fox’s show and style. The students have spent the last four weekends doing Fox practice games in preparation for Saturday’s game.

The game will air live on Fox Sports North Plus as well as the Fox Sports GO app starting at 2 p.m. Saturday, February 17.