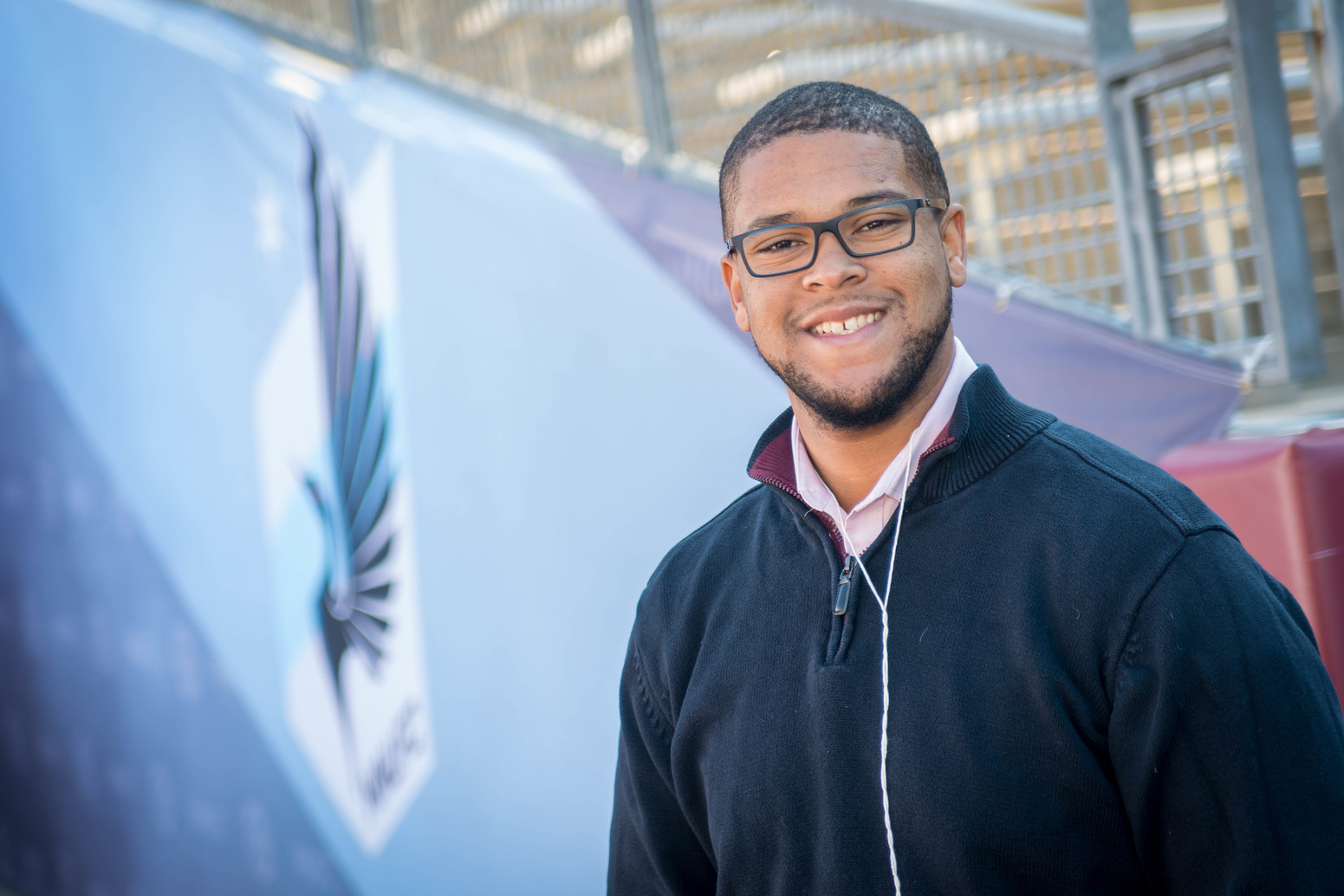 Bethany Lutheran College has a long history with the sport of soccer. There were some terrific men’s Viking soccer teams as far back as 45 years ago. And the women’s soccer program was among the first sports added as a new four-year, NCAA Division III institution.

About that soccer connection, Rice didn’t play soccer at Bethany but he’s currently working in an important position in the soccer broadcast business. Rice is directing the Fox Sports broadcasts of the Minnesota United Major League Soccer Club. It’s quite an accomplishment for the young Bethany alumnus.

Rice said, “Jeff showed me some of the things he was working on [at Bethany] and it looked pretty cool. I visited campus my junior year of high school and saw the “CC” (Communication Center) and toured the video production truck at the (Mankato Civic Center) arena. That’s all it took, I was convinced.”

Rice took it all in during that visit to Bethany, and enrolled in 2009 squarely focused on his studies in the communication program. He took full advantage of all that Bethany had to offer and ran with it, especially the established live collegiate hockey broadcast program.

Rice continued, “The hands-on experience is what really drove me to Bethany. There’s nothing wrong with learning the theory of how television works; but I think you learn best by actually doing it. It really helps set you up for the future. I had a great experience learning about everything the program offered such as cameras, audio, graphics, replay, producing, and directing.

“Bethany has great profs who want you to succeed. The faculty actually had time to build a relationship with a student. The smaller class sizes really helped to know you’re not just a number. You actually matter to the school and the professors. You also have the opportunity to do things and use equipment you might not otherwise until much later in your academic career at another school.”

The experience, led by Bethany’s mentoring professors and studio staff, helped Rice immediately, and today he is leading the broadcast team for the Minnesota United Soccer Club, and is looking forward to moving with the team to its new state-of-the-art facility in the Midway area of St. Paul in 2019. The work with Minnesota United most likely came as a result of Rice’s hard work since graduating from Bethany. His career path included a variety of production jobs for the past five years. The life of a young TV producer isn’t always attached to a single employer. It’s usually a series of jobs to fill the year, especially in the seasonal sports business.

Rice’s Minnesota United position is part time, but part of the bigger fabric of his production jobs. His title with the United is freelance TV director working all home games – sixteen in total. When time permits, he can also be found working with North Metro TV (Twin Cities) on their sports production crew serving as a backup director and replay operator. His full-time job is with CCX Media in the Twin Cities where his is the company’s live events director and producer.

Rice is probably most passionate about directing, but still keeps his skills sharp in a variety of production areas. When asked about the future, he has his sights set on possibly moving into larger venues.

“I would like to continue what I am already doing, but direct more and higher profile games for a large network. I hope to continue directing regional sports games for now, but perhaps down the line I could be involved with a national network. Maybe the Super Bowl. Maybe the World Cup. Since I’m already doing professional soccer, why not aim high, right?”

Rice’s attitude and work ethic just might be the recipe for success.

“Success is what you make of it. While I was a student at Bethany, I worked hard—progressively learning more and more about the broadcast industry. This helped me to get a great internship with FOX Sports North. That experience opened a lot of doors. Life is what you put into it. If you put a lot in, God will provide you with the ability. But remember in the real world you really don’t know everything. You still have a lot to learn.”

That’s solid advice spoken by someone who’s well on his way in the media and broadcast industry.

Statement for the Bethany Community

President Pfeifer shares a personal letter to the Class of 2020

Last day to withdraw with a W

Last day to withdraw with a “WP/WF”