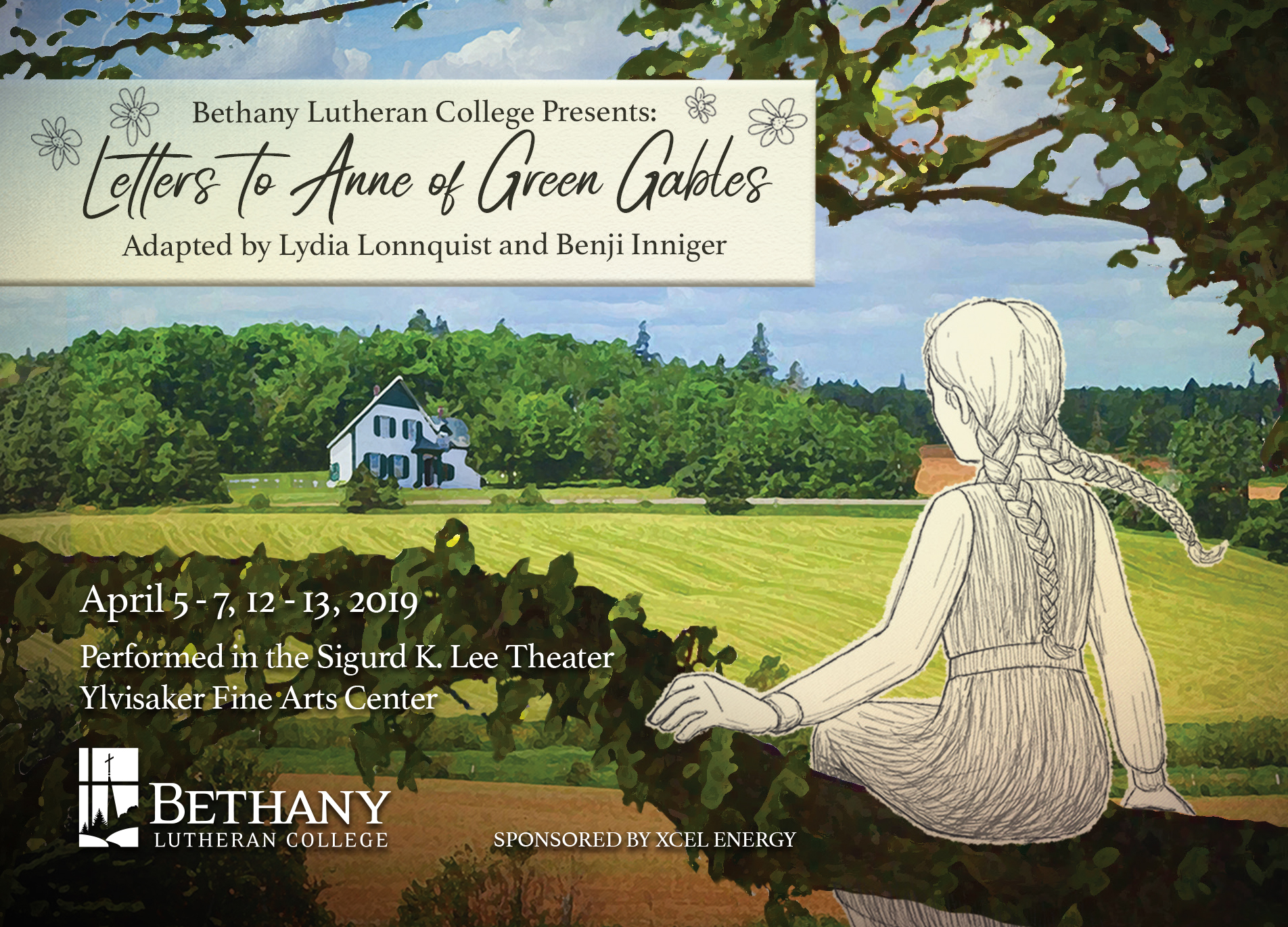 The Sigurd Lee Theater on the Bethany Lutheran College campus will be the site of a world premiere play on Friday, April 5, 2019. The production, Letters to Anne of Green Gables was co-written by alumna Lydia Lonnquist (’18) in fulfillment of her senior thesis for a theater major. Lonnquist, who also majored in English, collaborated with Benji Inniger (’06) – Associate Professor of Theatre at Bethany to write the new adaptation.

Lonnquist explained the origin of the project, “This whole crazy process started when Professor Inniger asked me what I was planning on doing for my theatre senior thesis the spring of my junior year. I had put very little thought into it, and instead was stressed that I had to complete my English thesis at the same time.”

Inniger suggested that Lonnquist consider an adaptation of Lucy Maud Montgomery’s classic Anne of Green Gables, but with a new perspective.

Inniger had some history with the play. “Anne of Green Gables was the first play I’d ever acted in as part of youth community theatre.”

Recalling that “first,” Inniger had previously contemplated a new adaptation and recognized Lonnquist’s talent. The combination of Inniger’s ideas and Lonnquist’s writing became the new work, Letters to Anne of Green Gables.

Inniger explained, “We strived to present an adaptation that tells such a frequently told story from a new, and hopefully enlightening perspective, while still maintaining the charm, nostalgia, and enduring spirit of the original.”

Lonnquist offered a unique tidbit of information about her experience with Anne of Green Gables as well. “I had never picked up any of the books, nor had I watched any screen adaptations. I knew very little about the series, and absolutely nothing about the author.”

“No adaptation of Anne had yet been written through letters,” explained Lonnquist. “I wanted just about every character in Letters to Anne of Green Gables to tell Anne’s story, except for Anne.

“I chose those books since I wanted to reach out to the audience that would be the first to see the show. I found that these books could be used as a pivotal point for our audience of college students. That’s because college students still reflect on their childhood, the happy carefree times with some bumps and bruises along the way, that built them into the people they are today.”