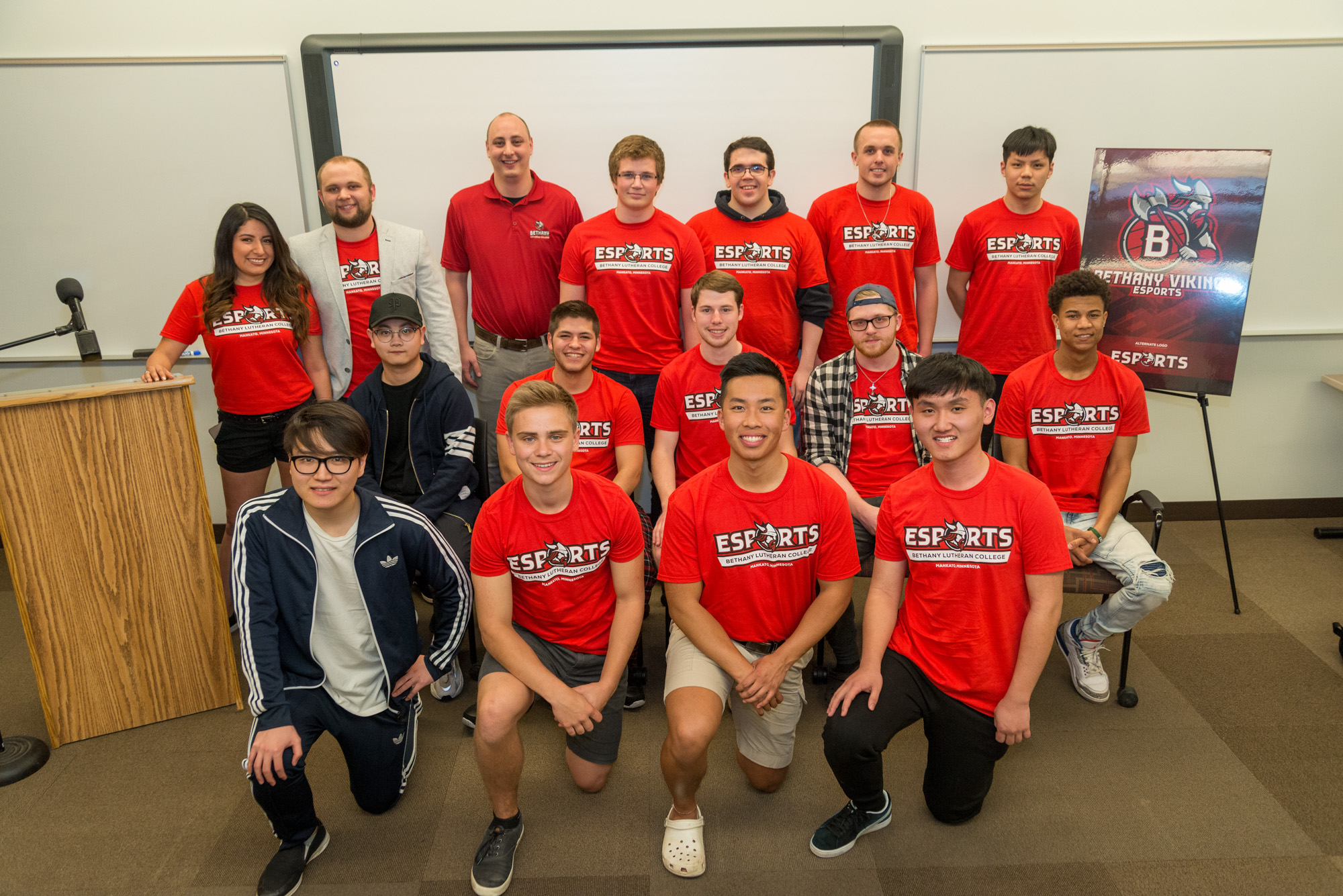 Bethany made its entry into the world of competitive computer gaming official on Tuesday evening April 23, 2019, with an exciting kick off for its new varsity eSports team.

Bethany is taking its new eSports program to the highest level possible by joining the premier collegiate sanctioning organization – the National Association of Collegiate eSports (NACE).

The College is currently recruiting new students interested in becoming part of the eSports team. The director of the program is Lucas Fricke, who also teaches in the languages (German, Spanish) department, and the team’s head coach is Seth Grabow, Production Studio Specialist at Bethany.

Participation scholarships are available for eSports team members with the value similar to other activity scholarships already being awarded in areas such as art, journalism, and music. The scholarships are part of the student’s overall financial award package.

At the kickoff event, Vice President for Student Affairs, Dr. Ted Manthe, explained that the team will share the same structure as other varsity team sports at the College.

“Just like any student athlete, [eSport competitors] will be mindful of their academic success…and Bethany as a liberal arts college has a number of employees who are poised and ready to make this happen.”

Bethany President Gene Pfeifer participated in the event and noted that the addition of eSports might prove to be a catalyst to broaden Bethany’s already successful media and broadcast programs.

Pfeifer explained, “In launching an eSports program [our intent] is to link Bethany’s unique niche in media arts broadcasting such as our Maverick hockey broadcasts with eSports. And I’m pleased to note that a Bethany graduate is one of the most visible world-wide figures in eSports gaming. I had the pleasure of visiting with Bethany alumnus Erik (DOA) Lonnquist in Los Angeles, and experienced first-hand the competitive and collaborative environment of professional gaming.”

Lonnquist is a 2006 Bethany graduate, and is a professional commentator for the internationally popular Overwatch League. He participated in the event via a pre-recorded video, also noting that Bethany’s history of producing well-qualified graduates in communication and broadcast will be a distinctive aspect of the eSports program.

Lonnquist commented, “Bethany is uniquely positioned to become a leader in training future eSports broadcasting talent and crew because of their ability to let students get ‘hands on’ with sports production through their live broadcast capabilities and their excellent facilities. Honsey Hall is also a great place to host aspiring eSports pros, and I wouldn’t be surprised to see some great players emerge from the student ranks over time!”

He explained, “eSports create and promote marketable skills. I’ve heard it said, nobody cares how hard you can throw a ball or if you can kick it through a goal, but if you can compete in a team environment at the highest level while using technology, that is marketable.”

Students interested in learning more about Bethany eSports are encouraged to speak with Director Lucas Fricke by calling him at 800-944-3066 or by sending him an email message.