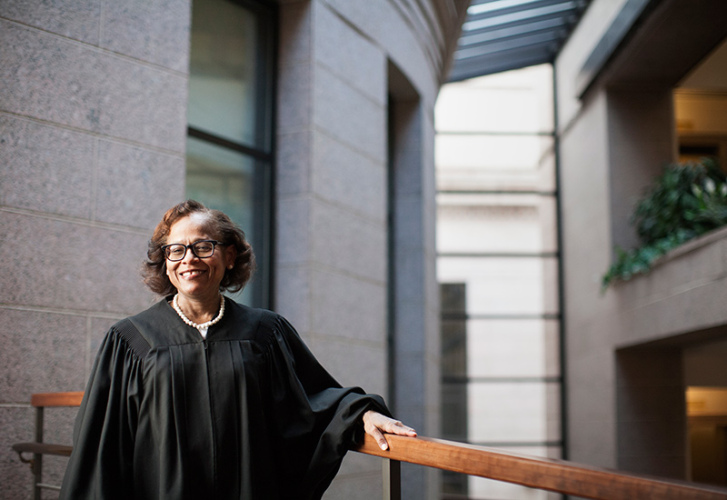 Justice Hudson is a graduate of Arizona State University and the University of Minnesota Law School. She is currently a Minnesota Supreme Court Justice appointed on Oct. 26, 2015, by Governor Mark Dayton and elected in 2016. Her term expires January 2023. Prior to her current appointment, she was a member of the Minnesota Court of Appeals appointed on June 3, 2002, by Governor Jesse Ventura. She was elected to the post in 2004 and re-elected in 2010.

Prior to her public service, Hudson was a staff attorney with Southern Minnesota Regional Legal Services, Inc., from 1982 to 1986, where she practiced housing law; an associate attorney in employment law and general civil litigation at the law firm of Robins, Kaplan, Miller and Ciresi from 1986 to 1988; an Assistant Dean of Student Affairs at Hamline University School of Law from 1989 to 1992; and St. Paul City Attorney from 1992 to 1994. From 1994 until her appointment to the Court of Appeals, she was employed with the Office of the Minnesota Attorney General, primarily in the Criminal Appellate Division.

Justice Hudson’s presentation will include a debate by a student panel on the Separation of Powers doctrine and a recent Minnesota case.