Why Does Moses Matter to Christians?

Examining the Meeting Point of Ancient Inscriptions, Archaeological Discoveries, and the Hebrew Scriptures

Held June 23 and 24, 2021
Sponsored by the Center for Apologetics and Worldviews

About the Keynote Speaker

Douglas N. Petrovich (Ph.D., M.A., Th.M., M.Div.) is Professor of Biblical History and Exegesis at The Bible Seminary in Katy, Texas. He is author of The World’s Oldest Alphabet: Hebrew as the Language of the Proto-Consonantal Script (2016) and Origins of the Hebrews: New Evidence for Israelites in Egypt from Joseph to the Exodus (in press, 2021). He earned a Ph.D. from the University of Toronto, with a major in Syro-Palestinian Archaeology, a first minor in ancient Egyptian language, and a second minor in ancient Near Eastern religions. He completed Master of Divinity and Master of Theology (in N.T.) degrees from The Master’s Seminary, as well as a B.A. in Evangelism from Moody Bible Institute. He previously taught at Wilfrid Laurier University (Waterloo, Canada), the University of Toronto (Scarborough campus, Canada), Novosibirsk Biblical-Theological Seminary (Siberia, Russia), and Shepherds Theological Seminary (Cary, North Carolina). Dr. Petrovich’s research interests include biblical history and exegesis, Egyptology, and ancient Near Eastern history (including archaeology, epigraphy, chronology, and iconography). He is married and has three adult children, and he enjoys virtually every sport known to humanity. He also is an avid numismatist.

Recordings and photos are on this page and on the Bethany YouTube channel and Bethany Flickr page.

“Why Does Moses Matter to Christians?” — Introductory remarks by Pastor Donald Moldstad

“Is There Compelling Evidence of the Israelite Sojourn in Egypt?” — Keynote address by Dr. Douglas Petrovich, concluding with audience Q and A

“Can Archaeology Teach Us Anything about the Conquest of Canaan?” — Dr. Douglas Petrovich, concluding with audience Q and A

“Is Hebrew the World’s Oldest Alphabet, and Why Should Laypeople Care?” — Dr. Douglas Petrovich, concluding with audience Q and A

“How Can Believers Make Inroads within an Academy Plagued by Skepticism?” — Panel discussion, addressing the hesitancy of liberal and secular scholars to accept the evidence of biblical Israel’s place in the history of Egypt and Canaan—Dr. Douglas Petrovich with Rev. Joseph Abrahamson and Rev. Steven Sparley

“How Does Evidence Properly Serve the Proclamation of the Gospel?” — Closing remarks by Pastor David Thompson

Photos from the event 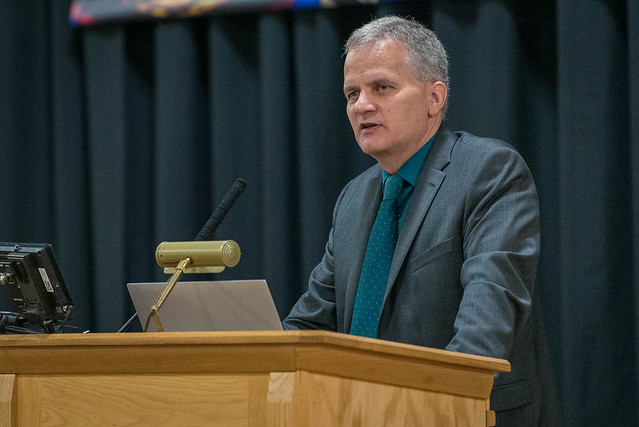