Hosted at Bethany Lutheran College on March 15, 2022
Sponsored by the Center for Apologetics and Worldviews

Dr. H. C. Felder is the founder of Giving An Answer and author of The African American Guide to the Bible. As a former atheist, he understands why some people feel turned off from the church. As an African American, he recognizes the complicated and confusing ways that race and religion can be used to divide people from one another. As a Christian, he looks to the Scriptures for answers. The Bible proclaims God’s love to “every nation, tribe, language, and people.”

Monique Duson (President and Co-Founder, Center for Biblical Unity) spent two decades serving impoverished communities in both the United States and South Africa. Recognizing the stark realities of racial disparities, she was sympathetic to secular social justice and Critical Race Theory. Through a series of recent events, Ms. Duson recognized that the lens she used to view the world was shaped by Marxist thinking, grouping people according to race, class, and gender, rather than as unique individuals created in the image of God. She now realizes that the basic assumptions of cultural Marxism run contrary to God’s revelation. The biblical definitions of unity, justice, and mercy come from no other source than the one true God, our Creator and Redeemer.

Joshua J. Nelson, an educator currently serving at Wisconsin Lutheran High School, has worked with young adults in multiple countries and across a variety of cultures. He recognizes how different worldviews affect young people. While so many voices insist that American society is hopelessly divided by cultural differences, Christianity offers the worldview God intended: an eternal foundation for true unity—stretching back in time to our common creation in God’s image and forward in time to Christ’s return as the world’s only Savior.

Recordings and photos are on this page and on the Bethany YouTube channel and Bethany Flickr page.

Truth and Justice: How Shall Christians Respond to Critical Theory? – Monique Duson

One Creator, One Redeemer: What Is the Basis of Human Unity? – Joshua J. Nelson

Photos from the event 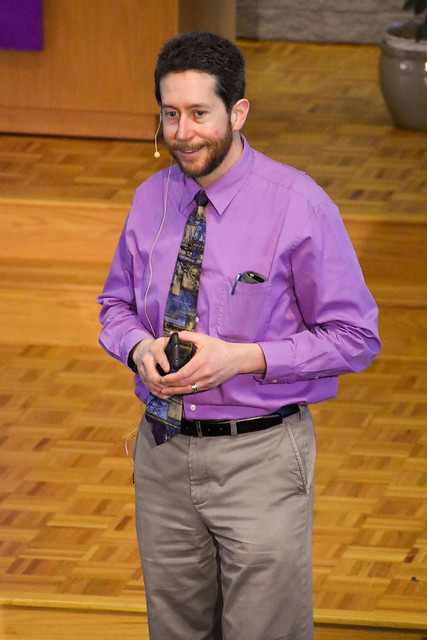