Bethany Lutheran College announced Friday Director of Athletics Don Westphal will be stepping down from his current role, and will be joining the College’s Advancement Department as the Director of the Bethany Fund and Annual Giving on July 1, 2022. Westphal, a twenty-nine year staff member of the College, has led the Vikings for nine years. He previously served as the College’s Director of Admissions.

During Westphal’s years leading the Athletic Department, the Vikings have seen great success. He has been a part of eight Upper Midwest Athletic Conference (UMAC) championships, nine UMAC tournament championships, and nine NCAA tournament appearances. On the individual side, there have been 46 UMAC conference champions along with 27 All-Region award winners and four All-Americans. A total of 350 Viking athletes were honored as all-conference members while 732 competitors were named academic all-conference. The department has also received twelve conference and region coach of the year awards during Westphal’s tenure.

“It has been my privilege and honor to represent our coaches, staff members, and certainly our student-athletes these past nine years as the Director of Athletics at Bethany,” Westphal said. “Our collective efforts have been blessed many times over both on and away from the competition setting. I’m obviously very proud of the winning tradition that has been nurtured by our Vikings with various conference championships and the NCAA tournaments we’ve competed in. But the success of our teams is more than the wins, it’s the academic achievements, the expanded role our teams have in the community, and the pride and determination they’ve shown in representing our institution and the mission of Bethany.

“I have been personally blessed to work alongside my colleagues in the athletic office and to serve in a role to witness the tremendous amount of growth and leadership they daily provide to our student-athletes and the entire Bethany campus, and I look forward to continuing to celebrate their efforts and achievements in my new role at Bethany.”

Westphal also provided leadership for the current project to renovate Bethany athletic and activity spaces, which includes the new Scheels Field—widely considered one of the top soccer fields in the State, and the currently-under-construction Bethany Activity and Wellness Center. The 84,000 square foot facility will be utilized by the entire Bethany campus population providing much needed spaces for students, athletes, and educational and community events alike. The Activity Center will include a six-lane track, jumping spaces for field events, an artificial turf infield, and drop-down netting to divide the space for multiple user groups and purposes at the same time. The Wellness Center will include the new Mayo Clinic Health System fitness and exercise room as well as locker rooms, lounge, and gathering areas. The building is projected for completion in February 2023.

“Don’s commitment to Bethany’s Christian mission has allowed him to lead our Athletic Department in a truly positive manner,” said Bethany President Gene Pfeifer. “He has tremendous institutional knowledge and is deeply committed to Bethany’s ideals which translates into providing a world-class experience for our student-athletes. Don will bring this same passion to his new role at Bethany, and I have no doubt that he will thrive representing Bethany’s purpose to our dedicated donors.”

In addition to a journalism degree from the University of Minnesota, Westphal holds a master’s degree in athletic administration from Minnesota State University, Mankato.

A national search for Westphal’s successor will begin immediately. 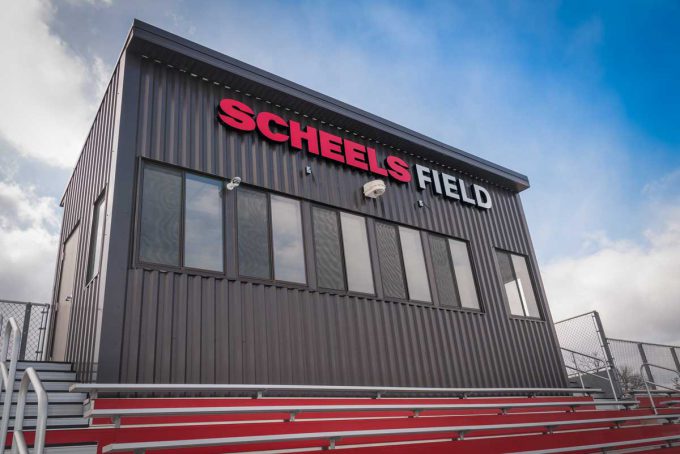