The Paul Ylvisaker Center for Personal and Public Responsibility is a forum on the campus of Bethany Lutheran College designed to promote volunteerism, philanthropy, and public service, values which were enunciated in an especially profound way by Paul Ylvisaker, an alumnus of Bethany College.

The center functions within the context of Bethany Lutheran College’s uniqueness. Paul Ylvisaker was fully aware of the uniqueness of the institution in which he received his high school and junior college training, and which was a part of his family life for many years. In his later life, he readily acknowledged the contribution that those values gave to his later vision.

It is the specific goal of the Paul Ylvisaker Center to instill in the students of Bethany Lutheran College not only a commitment to the values described here, but also a practical involvement in the kind of community service and volunteerism envisioned by Paul Ylvisaker.

The Center equally wants to promote those values and commitments among the college’s constituency, community leaders, and others in the larger community in which the college finds itself. 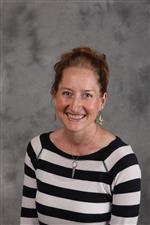 In March 1992, Paul N. Ylvisaker died after an illustrious career as an educator and public servant. A graduate of Bethany Lutheran College and Mankato State University in Mankato, Minnesota, the University of Minnesota at Minneapolis, and Harvard University, he taught first at Bethany College and then at Yale, Swarthmore, Princeton, and Harvard. At Harvard, he served as Dean of the Graduate School of Education from 1972-1982.

Paul Ylvisaker’s academic degrees were in economics, but the direction of his interest in that field is reflected in the positions of public service he held. In 1966, he was appointed by President Lyndon B. Johnson to chair the Task Force on the Cities. Shortly before that time, he had been instrumental in settling the Newark, New Jersey riots. From there he went on to serve as director of the Ford Foundation’s public affairs program and as the first Commissioner of Community Affairs for the state of New Jersey. After his tenure as Dean of the Harvard Graduate School of Education, Ylvisaker continued to teach in the school of Education, and also served as a senior consultant to the Council of Foundations.

During the last years at Harvard, Paul Ylvisaker’s course was entitled: “Volunteerism, Philanthropy, and the Non-profit Sector.” Ylvisaker had a high interest in the application of ethics and moral values in the world of business and economics especially as they were applied to public service by the private sector and philanthropic responsibility.

On several occasions, Paul Ylvisaker referred to the value based education he received at Bethany Lutheran College, avowing that the values and liberal arts education he received at Bethany prepared him for the course of his later life. In appreciation of that influence, Paul, on his death-bed, asked that memorials received in his honor be directed to Bethany Lutheran College.

From 1930 until 1950, the president of the institution was Paul’s father Sigurd C. Ylvisaker, whose administration of the institution, then including both a high school and a college, stressed educational innovation, theological commitment, and training in moral values. The elder Ylvisaker opened the 1939-40 school year with these words to his students: “We have invited you to come and seek with us ideals, and having found them to make them your own, enjoy them, and prove your ownership by revealing them in your lives, letting others share them with you as they share riches that cannot be lost and beauty that does not grow dim.”

It is the specific goal of the Paul Ylvisaker Center to instill in the students of Bethany Lutheran College not only a commitment to the values described here, but also a practical involvement in the kind of community service and volunteerism envisioned by Paul Ylvisaker. Equally, the center wants to go beyond the boundaries of the campus community, so that those principles can be discussed and promoted in both the private and public sectors in the community beyond the campus. In order to accomplish these goals, symposia, workshops, and community involvement programs will be organized by the Center for the campus and the local/regional community.